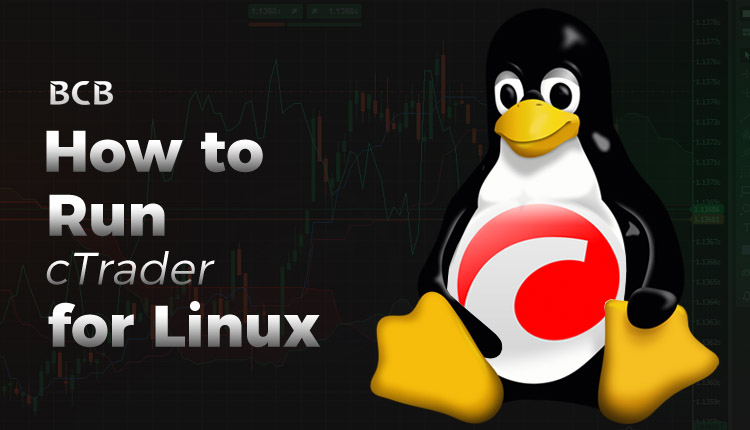 One of the downsides of cTrader is that Spotware hasn’t created any downloadable and installable version of the desktop application for other operating systems besides Windows. There is no native support for Linux or macOS.

While MetaQuotes provides a native version for Apple Mac devices, there is no native Linux version of either MetaTrader 4 or MetaTrader 5. We were previously misled to believe that there were native Linux versions of MT4 and 5. That was mostly due to lazy research. Luckily this was pointed out to us by a visitor, and we have thus updated this article not only with this correction but some of their suggestions. Thank you.

Linux is a Unix-like computer operating system that is open-source. This means it’s free to use, unlike Windows, which you must purchase under a license agreement.

There are multiple forms of the Linux OS, such as Debian, Mint, Gentoo and Ubuntu; these are known as distribution packs. Ubuntu is the most popular one.

Wine is also open-source and free to use software that allows Linux users to run applications developed for Microsoft Windows systems. There is a specific version of Wine for Ubuntu.

Wine is a compatibility layer that can be installed on different operating systems such as Linux or macOS to run Windows applications. This is an important development since many software companies neglect to develop native versions for the Linux operating system. One of the main obstacles of Linux users who wanted to use cAlgo or what is now known a cTrader Automate was that Wine didn’t support Windows Presentation Foundation technology. The cTrader applications use WPF. Despite Wine’s mission of enabling all Windows applications on other operating systems, there has been a specific lack of interest in supporting WPF. This means that running cTrader with Wine will not work out of the box. Users who have tried running cTrader on Linux this way have reported GUI problems.

虚拟盒子 is a virtualisation application that can be installed on pretty much any computer, running most operating systems. It allows you to run additional operating systems inside virtual machines. This means you can run Windows on your Linux desktop or server. And therefore, you can install cTrader. VirtualBox is free to use. This advice can be extended to macOS users as well. VirtualBox can be used as an alternative to Parallels, which was 在上一篇文章中建议.