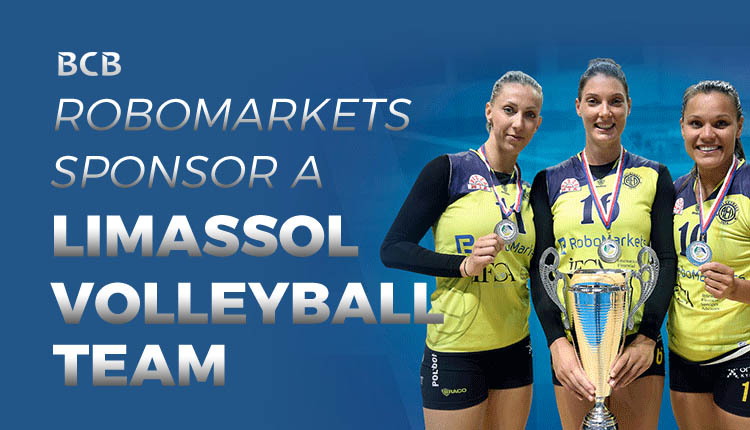 RoboMarkets is an Official Sponsor of the “RoboMarkets AEL” Volleyball Team

RoboMarkets, a popular Forex and CFD broker which is based in Limassol, Cyprus, has just announced that the company has become an official sponsor of a local women’s volleyball team. The Limassol team called AEL which is short for Athlitiki Enosi Lemesou (Αθλητική Ένωση Λεμεσού in the Greek alphabet) which translates to ‘Athletic Union of Limassol’ While the club was first established in 1930, the women’s volleyball team has been competing since 1976. Following the official sponsorship, the team was recently renamed to RoboMarkets AEL. The name was changed from TRB-Danoi ΑΕΛ (AEL Limassol). You may recognise the name of this broker, as it’s very similar to RoboForex.

RoboMarkets claim their desire to sponsor the team originates from them both being successful in their own domains. The volleyball team is very successful in Cyprus, having a solid track record of winning local tournaments. AEL Limassol FC, the team’s football counterpart is also very successful. The team recently won the Cypriot Cup, coming out on top against 23 other local teams.

The AEL women’s volleyball team is not the only local sponsorships RoboMarkets is engaged in. The forex broker also sponsors the Limassol Police Football team. On an international level, RoboMarkets actively sponsors a number of other organizations too. These include the Lithuanian basketball club Žalgiris (Kaunas), the Muay Thai fighter and coach Andrei Kulebin and official an official partnership with BMW M Motorsport.

While many people would be unsure if any of this really matters when it comes down to choosing the right forex trading provider. What we can say that these sponsorships are slightly more admirable than where other brokers allocate their budgets. RoboMarkets probably play a big role in keeping some of these projects alive.