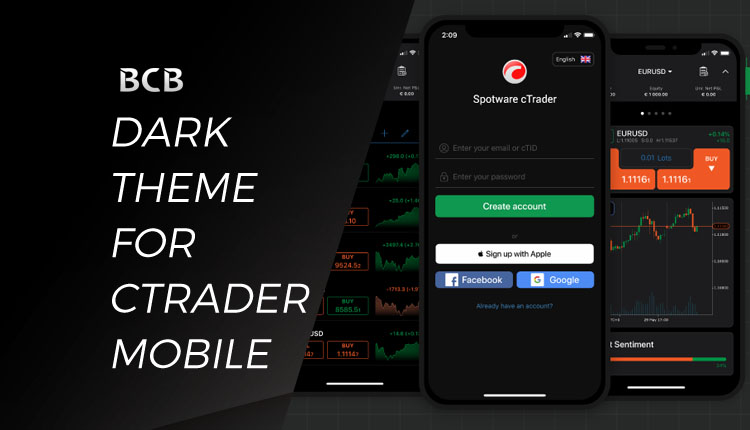 Spotware has just announced some new features in cTrader Mobile version 3.12. In this update, cTrader Mobile gets the classic-cTrader dark theme that traders have been yearning for since the mobile application was overhauled nearly two years ago. When the new version of the app was launched almost two years ago, many features had to be sacrificed and have since been gradually reintroduced. One such feature is a dark theme.

If this announcement feels like Deja Vous, it’s because the mobile application did receive an update with a dark-mode chart. Unlike last year’s update for cTrader Mobile version 3.7, the new version of cTrader has an entirely dark theme for every screen in the app.

For the time being, this version of cTrader mobile is only available as a Beta and will be rolled to live brokers in the upcoming weeks.